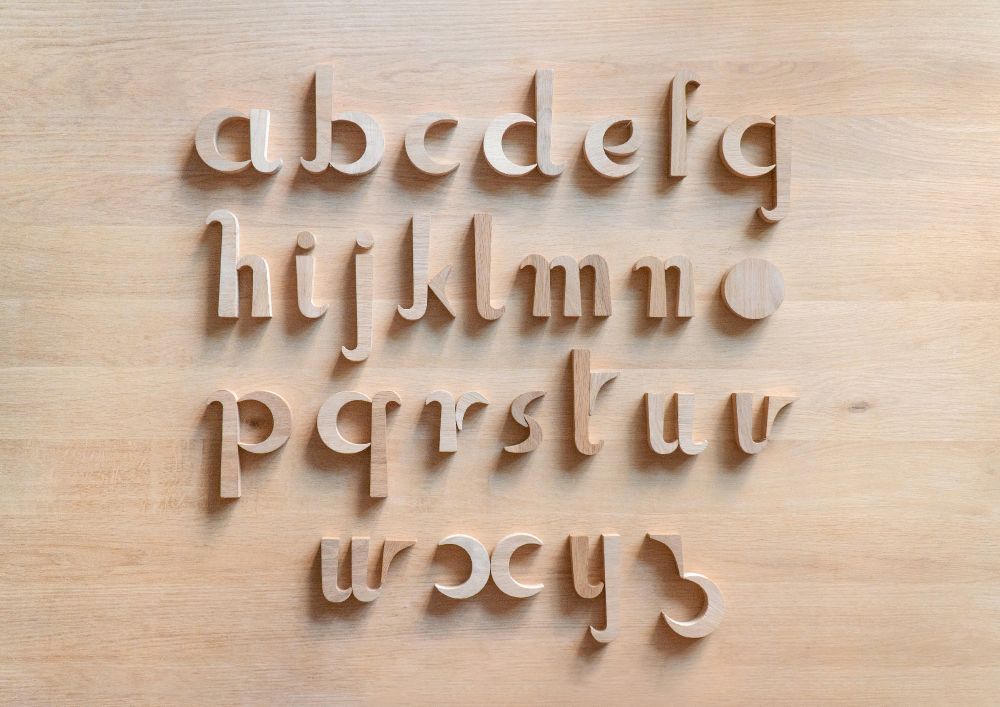 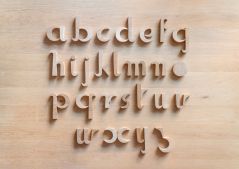 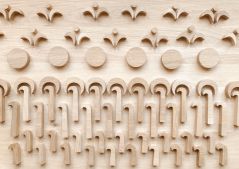 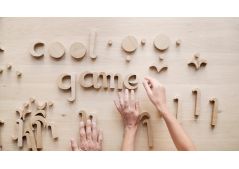 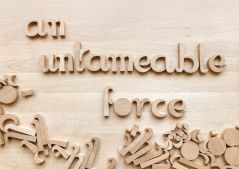 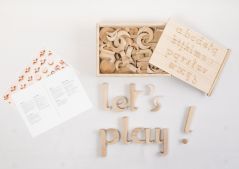 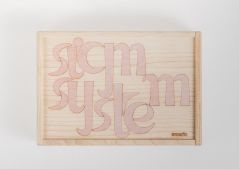 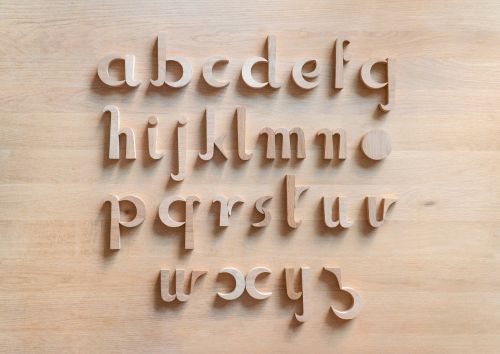 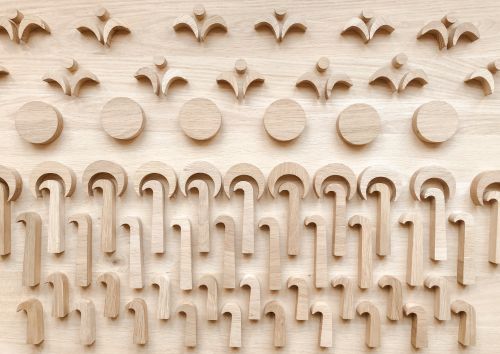 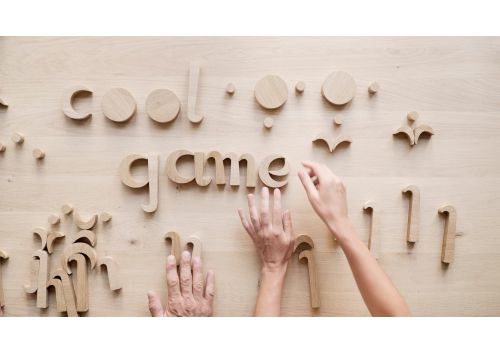 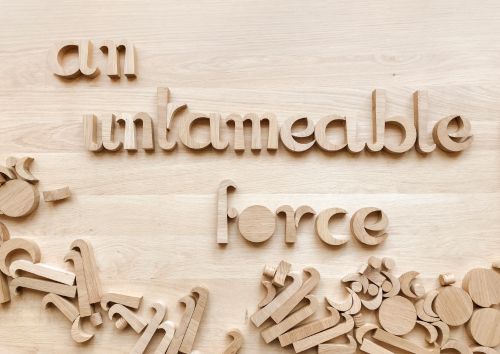 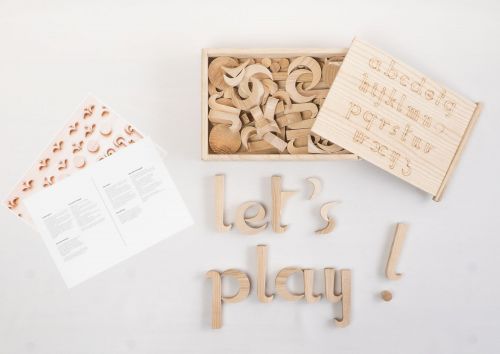 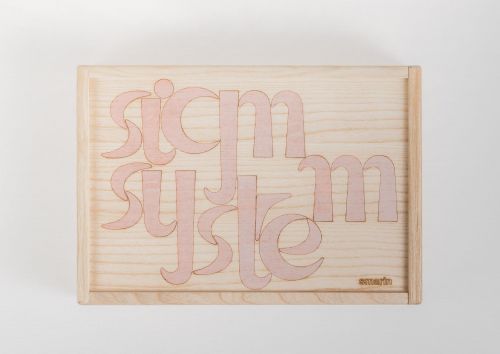 As our products are handmade, weights and dimensions may vary slightly.

The Sign System is a game of signs, writing and language for all ages: no limits and no rules.

Sign System, a game created by smarin, is a set of elements composed of seven different shapes.
Two straight lines that are thick and slightly curved, one big and one small, a semi circle in the shape of a croissant, a circular plate, two curved pieces, and a dot.
These archetypal forms of a figurative and / or ornamental vocabulary, translated into small manipulable objects, allow a game without any limitations. It is about signs, writing, language, and non-verbal communication.

play with signs
All the letters of the alphabet can be produced from these seven forms. It is about learning or playing with hand writing (close to calligraphy) of all Latin languages. It can be played alone or together in a tactile dialogue.

play with the language
The Sign System has no rules.
It’s up to the imagination of the player (s) to make up the rules and protocols of the game.
Have fun composing, creating and discovering different words, all by handling the different shapes.
…Invent your own alphabet
Write/build sentences, research anagrams
Construct sentences, anagrammatic researches and even start a conversation.
Drawings : the elements no longer form letters, but motifs, patterns....

Sign System is a 3D typography composed of forms that have their own existence. 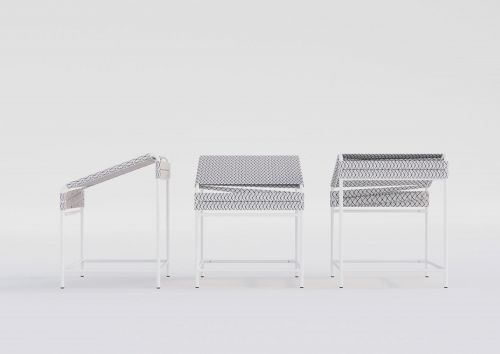 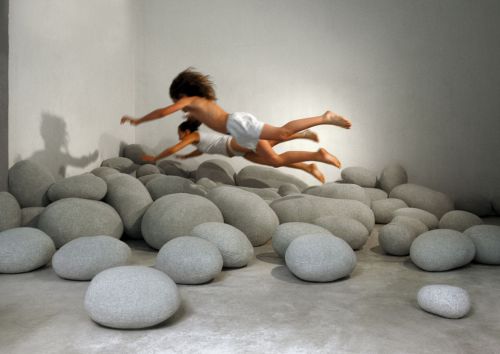 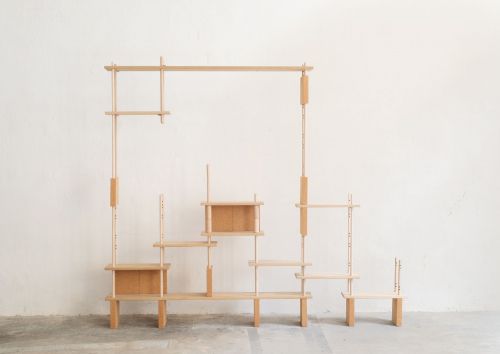 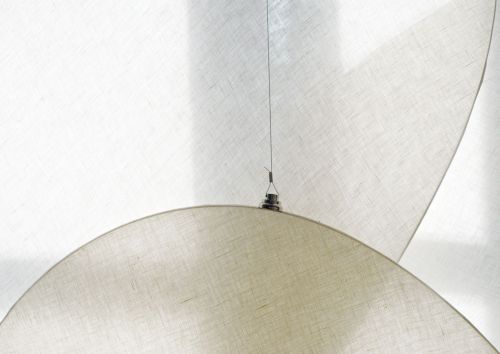 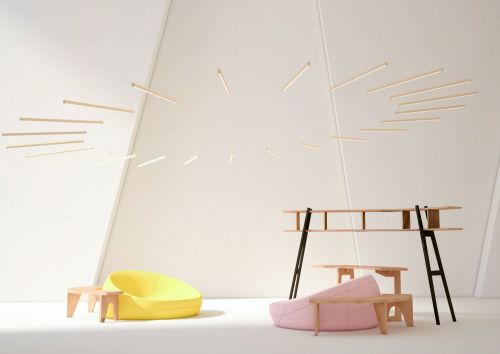 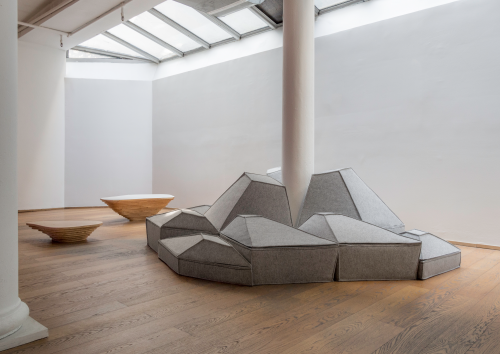 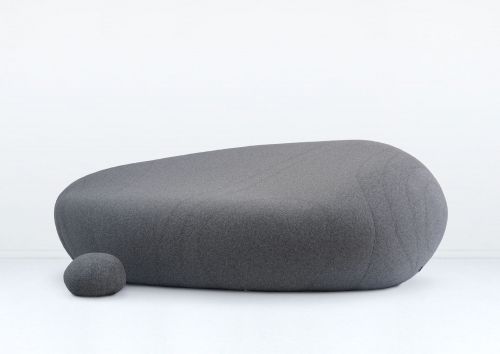 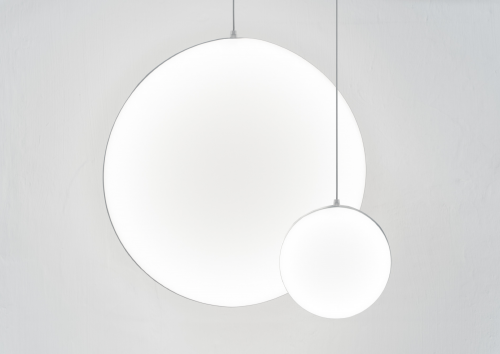 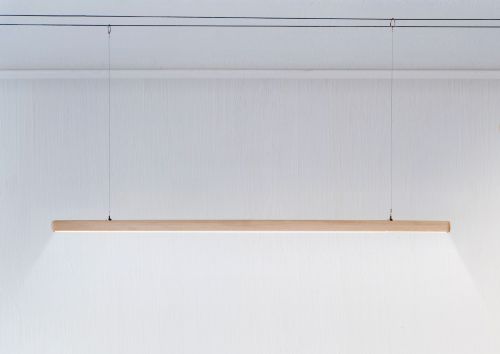 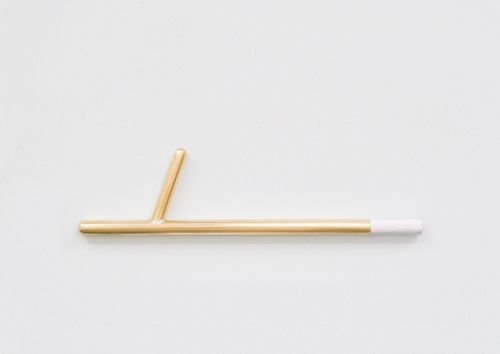